At a blacksmiths Festival in Neil, Belgium in September 2015 Johannes Angele offered us the opportunity to forge with local German children at his works at Reinstetten. Arrangements and dates were made with Johannes, and on Friday 26 February 2016 we drove from Belgium to Germany, with Luc and Christine Vandecasteele, completing the journey in a single day. A few days before we arrived there had been snow in that region of Germany and the temperature was – 7º C at night only rising to 0º in the day. Johannes had contacted the local press who had run an article about the event – see local newspaper reports. All the German parents and children were very keen and enthusiastic to take part. We checked that the tooling I had brought fitted the German anvils, and only a few adjustments with an angle grinder were needed. I demonstrated the process to the blacksmiths who were to take part and with the gas furnaces lit we started making children’s poppies. It was planned to be a single day event with a break for lunch and during this time 26 poppies were made some by 2 children forming a team. As a keepsake of their participation in the event, the children were allowed to work with the blacksmiths, once they had made their poppy, and make a leaf style key fob to take home.

The representative of the local press attended, interviewed Luc and also took some photos and video of the event. 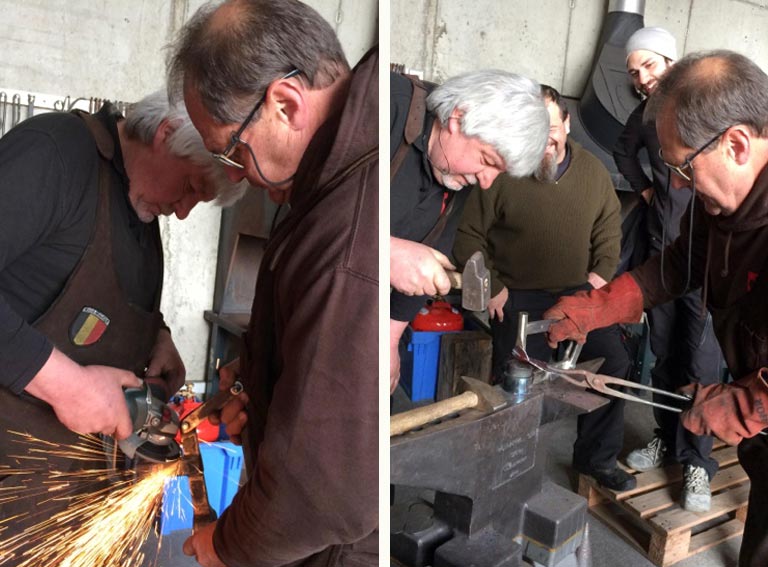 Left: Adjusting the tooling. Right: Demonstrating the process with Luc acting as a large child! 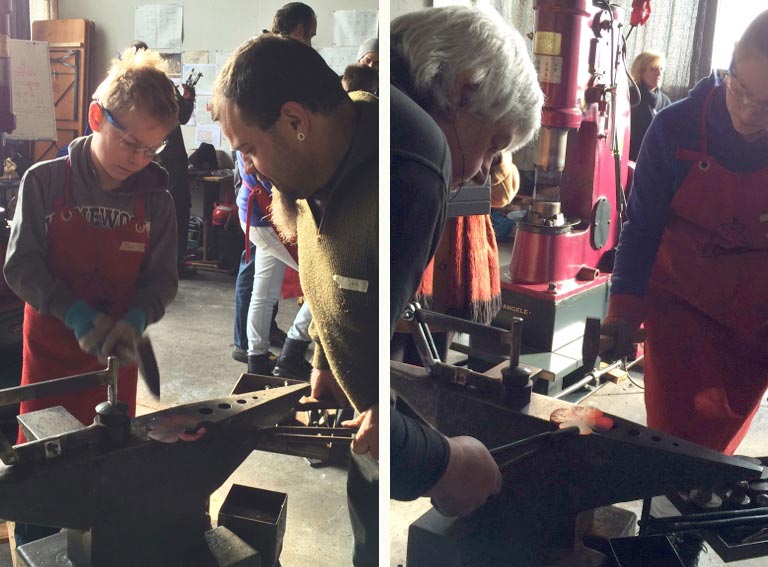 Left: The local retired village blacksmith looks on as a poppy is quenched.. Right: German poppies in the snow outside the forge.