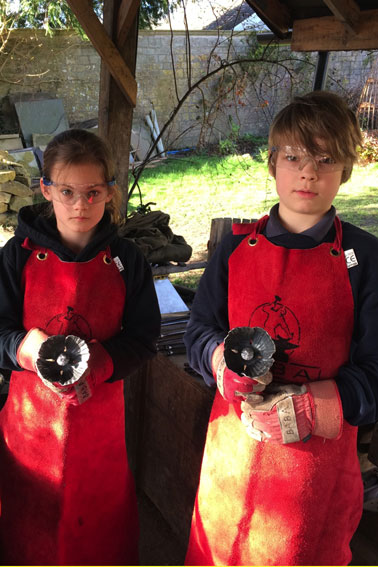 The first children’s poppies made.

One set of tooling was made for texturing the poppy petals and this was trialled at Swainswick Explorers at an after school club near Bath. The trial was successful and the poppies produced were shown to the YPRES 2016 Event organisers for approval. The style was accepted and 3 further sets of tooling were made ready for the event in 2016.

Further poppy making events were organised at Swainswick Explorers and photos of these are included here. Whenever possible on our blacksmithing travels other children’s poppy forging opportunities have been created and more children’s poppies made and a selection of photographs from these events is included in this, the Children’s Forging Events Section of the web site.

A record of who made the poppies and where they were made is being kept and shows the spread of nationalities involved to date. 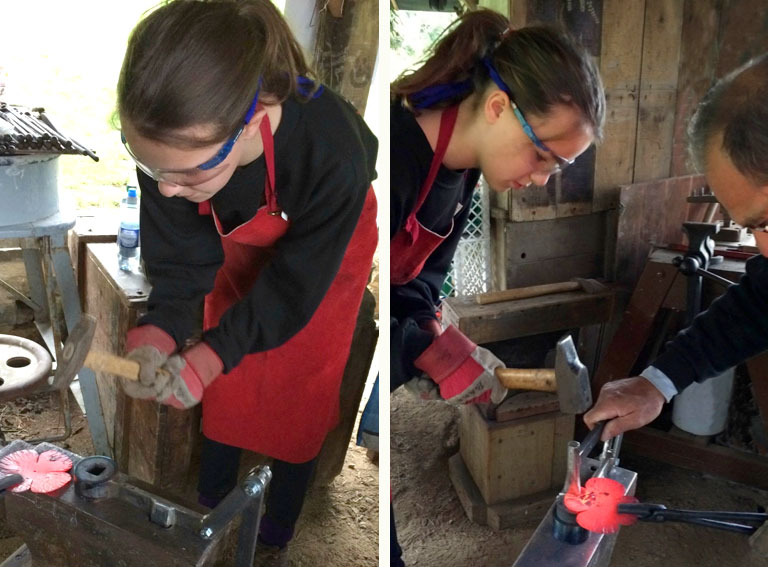 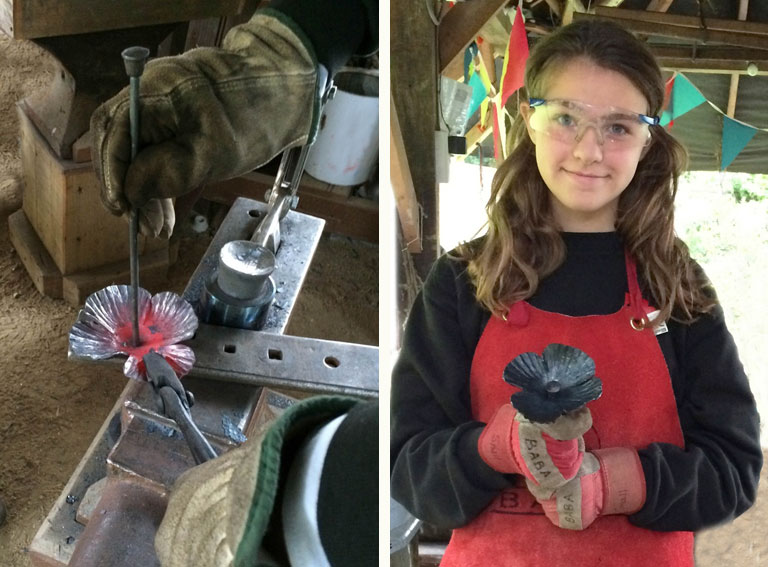 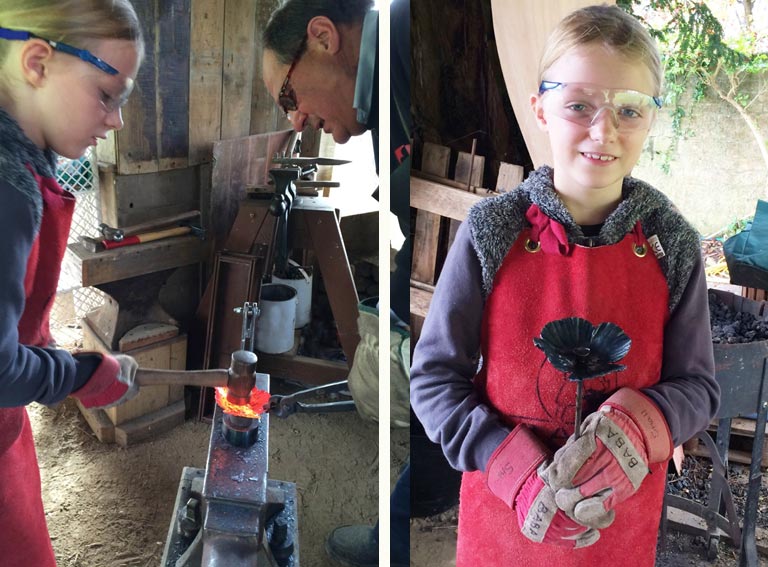 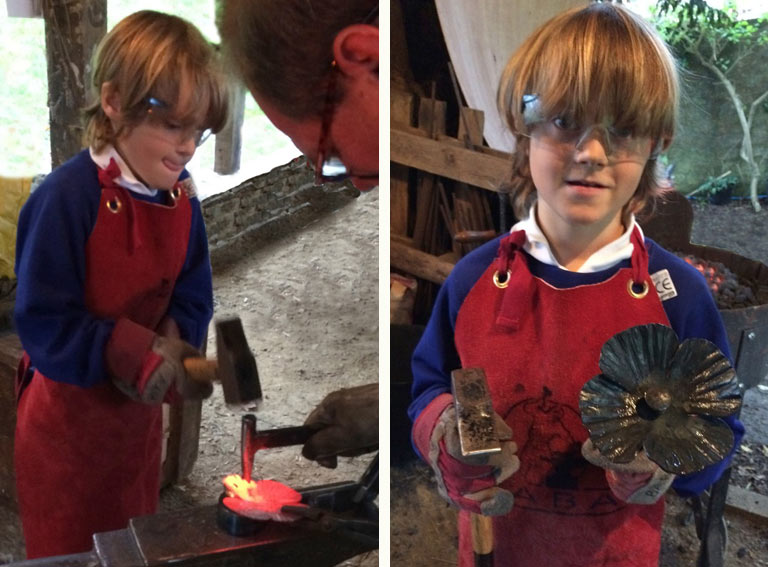 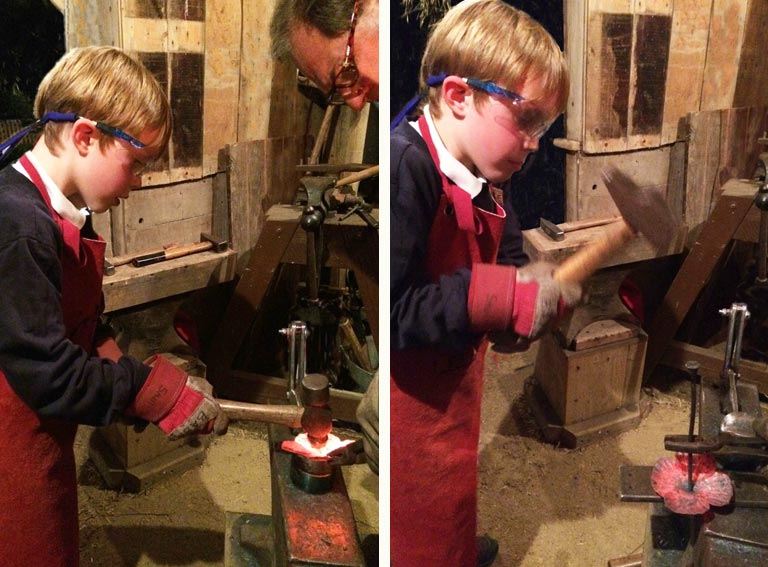 Left: Dishing the centre of the poppy petals Right: Fitting the stem 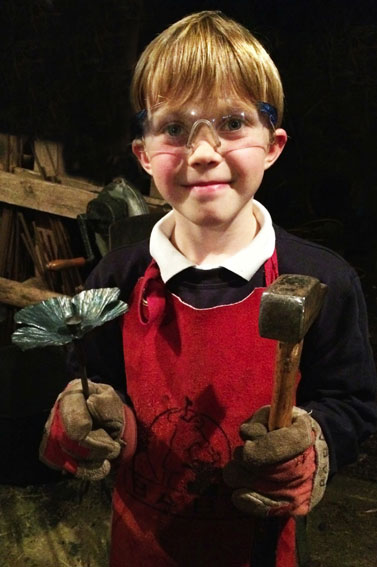 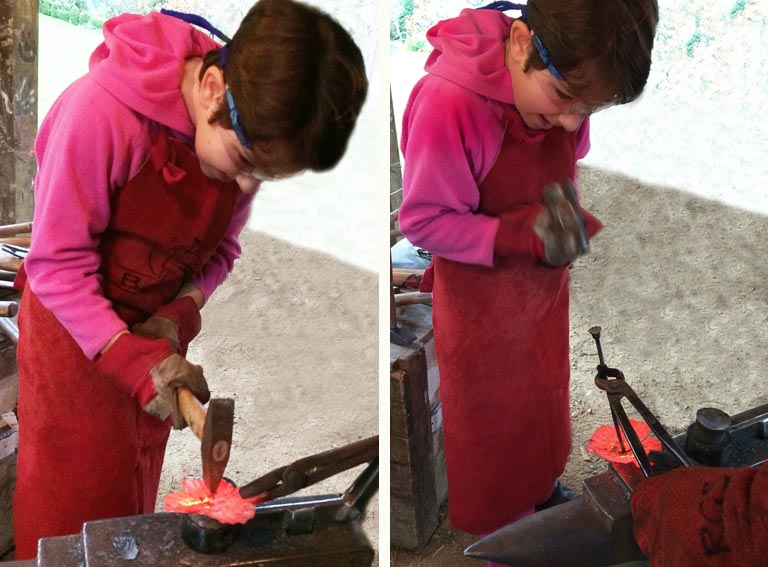 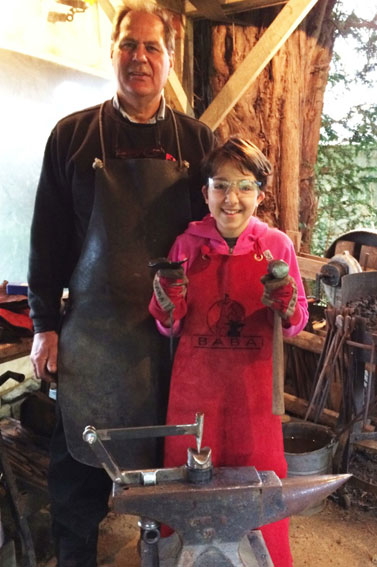 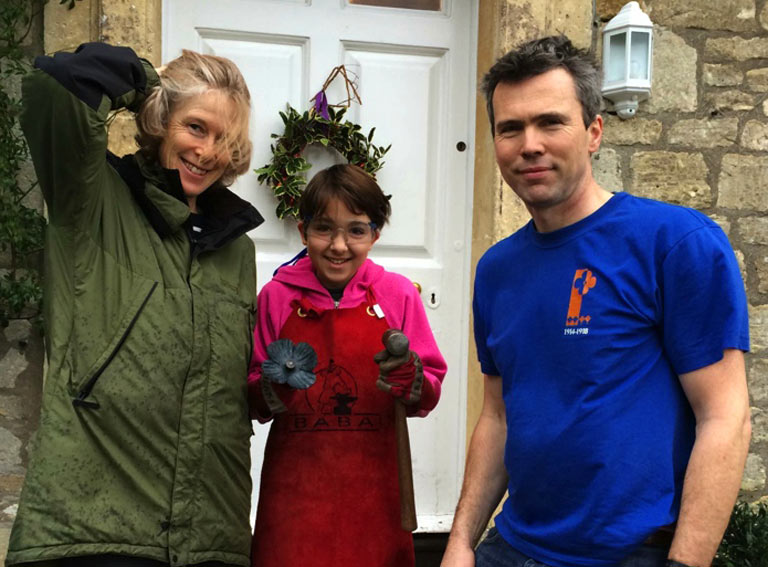 Rachel and Edward Leigh-Wood of Swainswick Explorers with a proud and happy poppy maker. 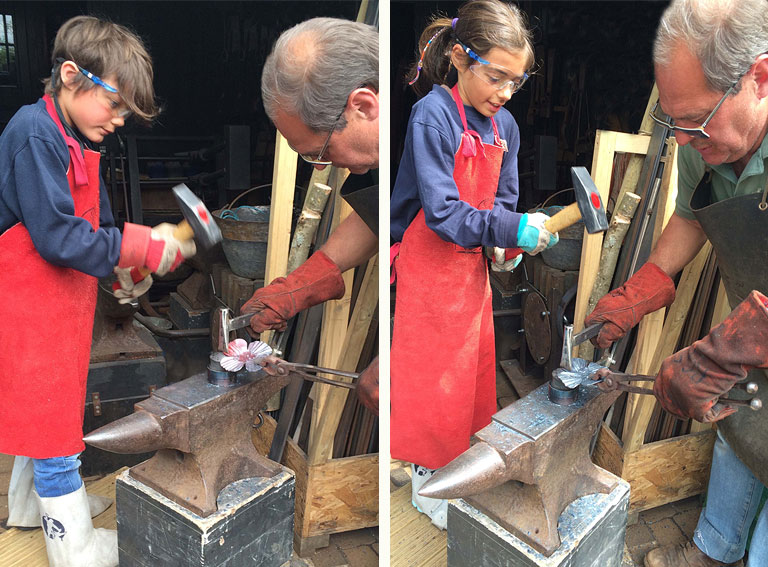 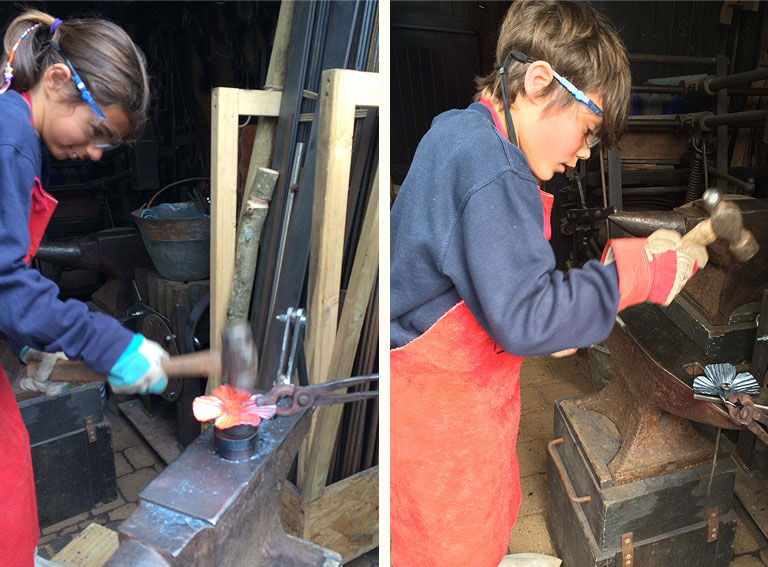 Centering the Petals and Fitting the Stem 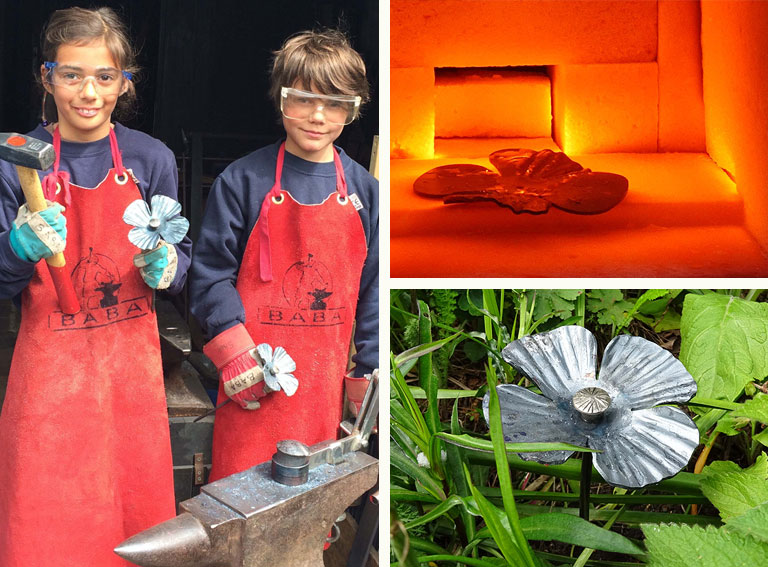