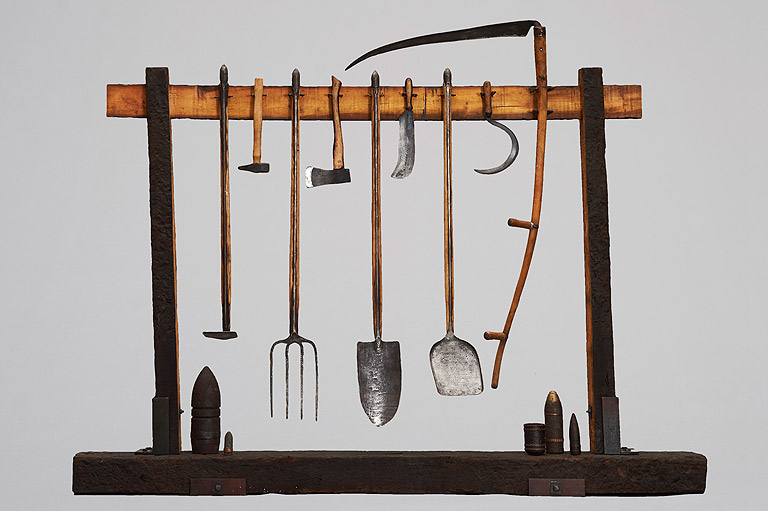 I have made a series of tools form original munitions from the time of conflict.  I came up with this idea during my summer holiday.  I had pleasure to work with 85 years old blacksmith master Jozef Kulak who told us the story that after the second world war due to lack of resources, blacksmiths, to make tools were forced to use scrap found on battlefield.  I have looked further into the subject and found out that many of the munitions and other equipment used during first and second world war used to be household items that were confiscated by government and it varied from tools, iron gates, even church bells which some of them were over three hundred years old and had such a strong connection to local society that in some cases a requiem mass was performed as a kind of farewell to an old friend.  After the war those battlefields were littered with explosives and it took years to clean up and even now we are still finding shells from the time of the first world war.  I am truly excited about this project by making tools made from munitions I would be reversing this process and again give them back their “original” form I would change the tool of destruction back to a tool of creation.