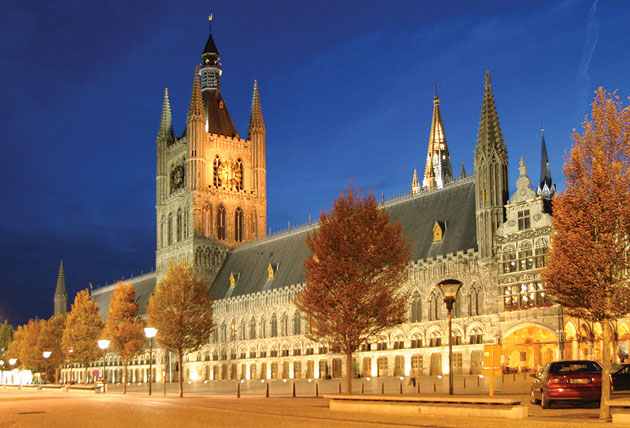 Ypres is the silent witness of the Great War or World War I.

During the entire war period, from 1914 up to 1918, Ypres was the scene of some of the most important battles in the first World War, later referred to as the Great War. The Ypres Salient is the area around Ypres in Belgium which was the scene of the heaviest battles.  In the trenches all around Ypres bloody battles were fought. Many of these battlefields have left their traces in the landscape around Ypres. Visit the various Ypres Battlefields and discover how profound impressions of the Great War remain today.

Experience the importance and severity of the Great War in the interactive In Flanders Fields Museum, where the stories of ‘ordinary people’ make war tangible and personal: men, women and children, civilians and soldiers, authors and artists… They confront us with their war, our past.

Near to the In Flanders Fields Museum there are other interesting World War one museums in and around Ypres. Each of which focusses on a specific aspect of the war : the battle of Passchendale, the trenches, …. and reveals the real truth about the Great War fought in Ypres.

Milestones of World War I in Ypres

The first battle of Ypres

On August 4th 1914, the German invaders collided with allied forces around the medieval town Ypres in what became known as the First Battle of Ypres. From that time, the area around Ypres would become one of the most important strategic areas throughout the entire first world war.

The second battle of Ypres

The second battle of Ypres on April 22nd 1915 initiated for the first time in history the use of weapons of mass destruction. The use of chlorine gas by the Germans killed thousands of allied soldiers, mainly French troops including a large number of North-Africans. After this battle, Ypres Salient became an experimental battlefield introducing flame-throwers, and from July 1917 onwards mustard gas, also known as “Ieperiet” causing severe casualties on both sides.

The third battle of Ypres and the Battle of Passchendale

The severe battle from July 31st till November 10th 1917, ending in the Battle of Passendale, was an unprecedented massacre.

Almost half a million people died in the trenches and in No Man’s Land between 1914 and 1918. Among them not only Germans, French, British and Belgians, but also Moroccans, Algerians, Tunisians, Senegalese, Canadians, Australians, New-Zealanders, South-Africans, Chinese, Indians, Jamaicans and many other nationalities.

Ypres and its surroundings: an entire area completely destroyed

During the four long years of war, the town at the heart of the Ypres Salient was literally flattened. In the beginning of May 1915 all the remaining inhabitants were obliged to evacuate, which turned Ypres into a real ghost town.

From 1919 onwards the first inhabitants returned to their destroyed town and gradually the reconstruction began. In the early years following the Great War the returnees and the new ‘Ieperlingen’ lived in wooden shelter homes. From 1921 the actual reconstruction started including the faithful restoration of Ypres’ most important historic monument – the cloth hall. 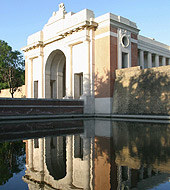 The Menin Gate is one of the most important of these monuments, where every night the Last Post is played in memory of the soldiers of the then British Empire and Allied Forces, who fell in the Ypres Salient during the First World War.