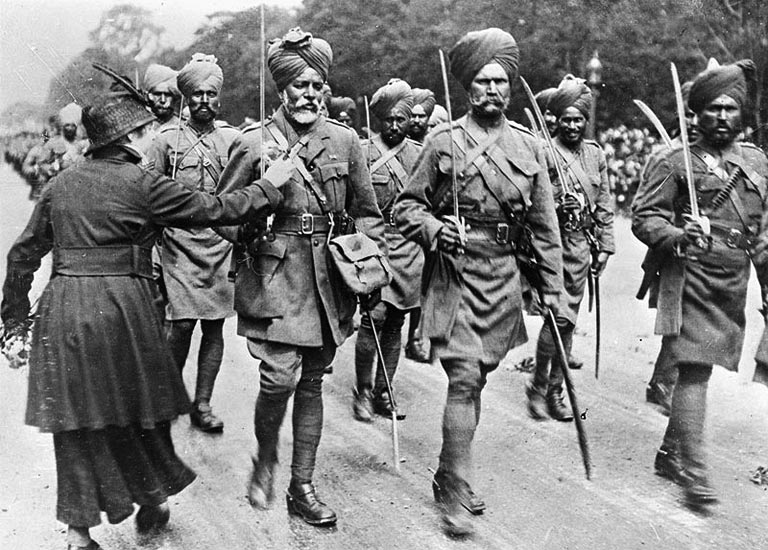 A woman pins flowers on to the tunic of a soldier at a march-past of Indian soldiers. Giving flowers to soldiers was a traditional sign of welcome, friendship, support or patriotism.

India’s part in the First World War is frequently overlooked in spite the fact she played a significant role. When war broke out on August 4th 1914 India rallied to the cause. Offers of military and huge financial support were made from all over the area. Nepal sent 100,000 Gurkhas and the Dalai Lama in Tibet offered 1,000 of his troops. Despite the state of political uncertainty in India at the time, the overwhelming show of support quashed pre war fears of unrest and enabled Britain to relocate many of her troops and most of her military equipment out of India to focus on the war effort. 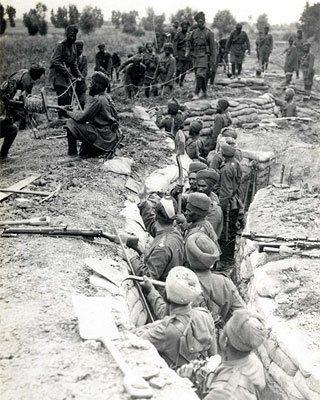 Indian troops were on the Western Front by the winter of 1914 and fought at the first battle of Ypres. As a result of the many casualties and sickness they were withdrawn from front line duties by the end of 1915. In total 1.5 million Indians volunteered with 474,789 being non-combatants such as cooks, grooms and tailors. In total 47,746 were killed and 65,000 wounded. 13,000 medals of gallantry were awarded including 12 Victoria Crosses.

In addition to the appalling conditions faced by everyone the Indian troops were further hindered by limited reserves. The British officers in charge of the units had grown up with their men in India, but when they were killed their replacements had no understanding of the language and traditions important to gain the trust and respect of the troops. Soldiers from other battalions would be drafted in to make up for the losses and often they might not speak the same language or eat the same food making the rebuilding of an effective unit difficult. 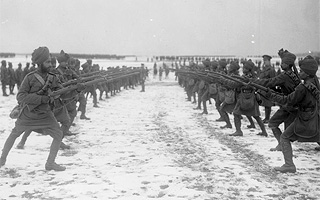 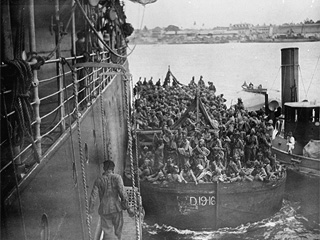 Indian reinforcements being transported to Kilwa in German East Africa to support military operations there, October 1917.

India’s contribution to the war extended beyond the army. The Royal Indian Marine served the Royal Navy on escort duties and as coastal minesweepers or river gunboats in the Mesopotamia campaign.

In 1914 there were around 300 nurses in the QAIMNS. (Queen Alexandra’s Imperial Military Nursing Service) By the end of the war this had risen to 10,404. The Army nurses served in Flanders, the Mediterranean, the Balkans, and the Middle East and on board hospital ships. Many of the 200 plus army nurses who died on active service were Indian.