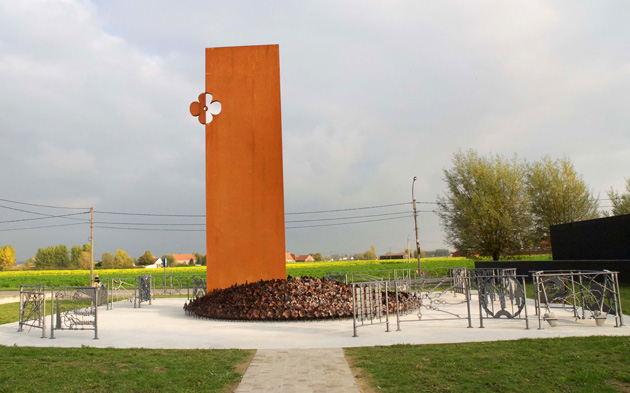 The completed Poppy Cenotaph has been installed at a prepared and landscaped site, complete with car parking, alongside the German Cemetery at Langemark-Poelkapelle whose community has given the site for the Poppy Cenotaph. The Langemark-Poelkapelle  Town Council have agreed to maintain the grounds into the future. Access to the site, which is close to the road, is excellent and the sombre but the beautiful German Cemetery provides a fitting neighbour to promote an atmosphere of peace, contemplation and reflection.

Foundations with prepared fixings were completed during the summer of 2016 including landscaping, steps and an access ramp from the car park. The cenotaph column was transported directly from Ypres at the end of the 6 day event and hoisted into position. The 2016 poppies were completed and installed around the base of the cenotaph over the following four weeks. The 25 railing panels were removed from Ypres to the workshop of Luc Vandecasteele from where they were taken for rustproofing and painting prior to installation on site. The 25 panels made at Ypres have been joined by a 26th panel, designed by Alan Dawson and made prior to the event as an example to help sponsors/ donors to visualise how such a panel might be interpreted. 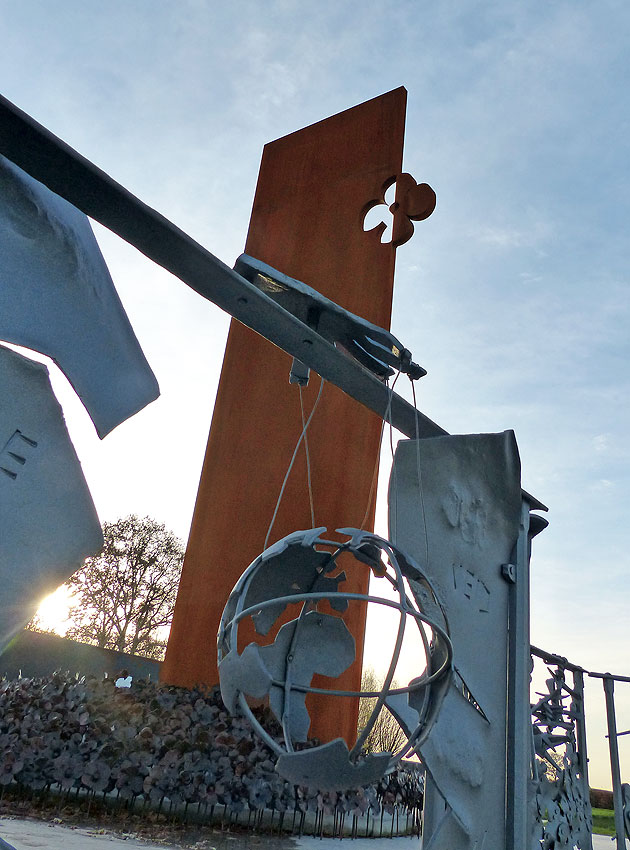 The official ceremony to unveil and inaugurate the Poppy Cenotaph took place on the 5th November 2016. The ceremony was attended by a number of the makers along with many members of the local community, sponsors, civic dignitaries and several ambassadors.